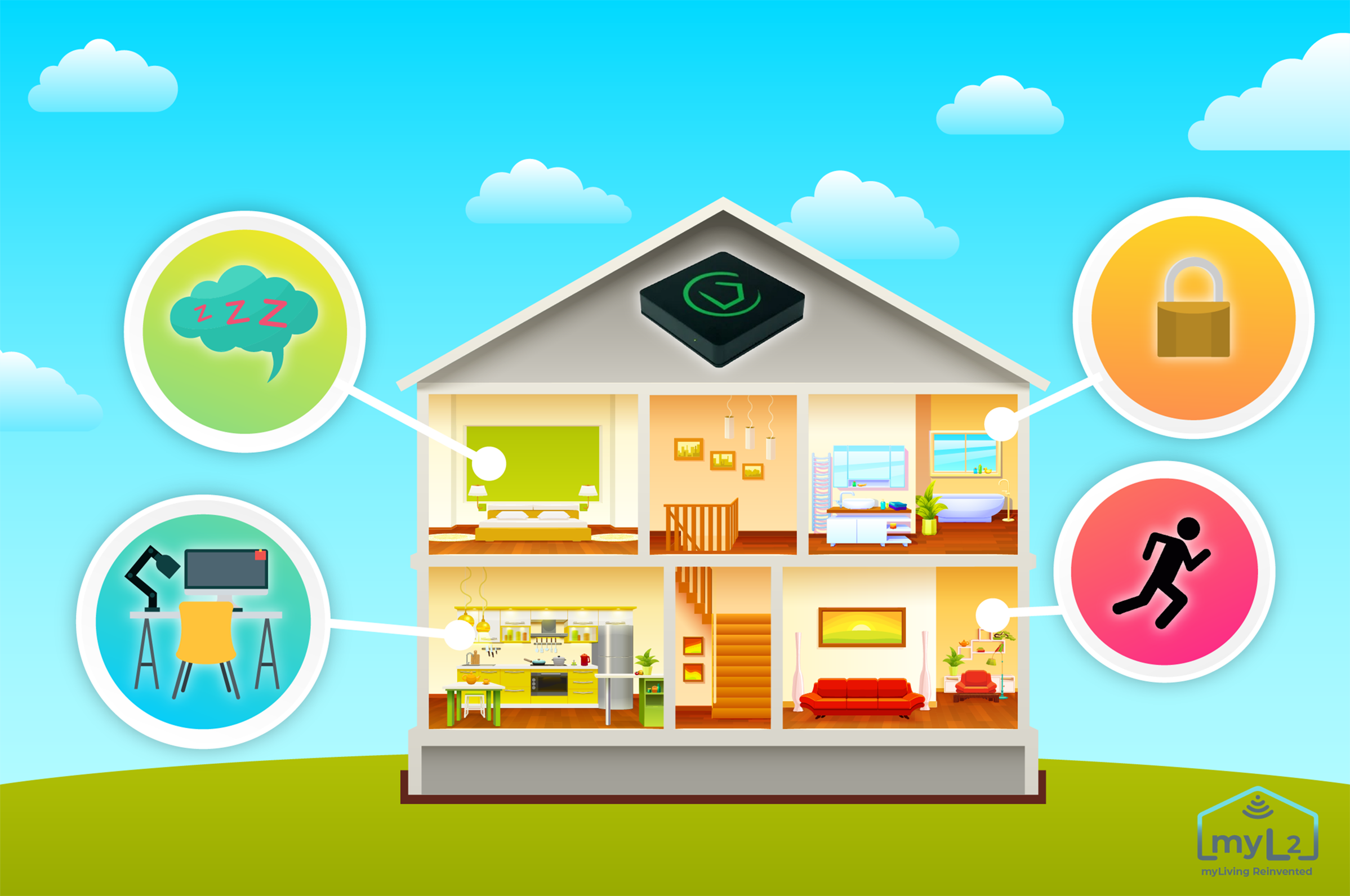 The developers of Hubitat have created for the users of this intelligent system a new integrated application that raises the bar even more on the automation side.

“Rooms” is located in the main menu of the Hubitat interface and now offers us the possibility to group home device on rooms and to create rules and automation scenarios accordingly.

Really interesting in this application is the ability to read the occupancy status of each room and, together with the data and information collected from smart sensors, to start automation scenarios, thus giving personality to each room.

This condition occurs when we enter a room where we spend a few minutes. An automation scenario would be to turn on the lights (at a certain intensity / color) and turn them off when we leave the room.

From Occupied mode we switch to Engaged mode when we spend more than a few minutes in a room. We can set the music to turn on and the lights to stay on when the sensors do not detect movement.

When the presence is not detected in the room, everything will stop, but the possibility of keeping certain automations remains.

The transition mode between two camera states will be activated when we switch, for example, from “Occupied” to “Vacant”. Even if it does not allow the creation of automation rules, there are still some settings for this mode, such as dimming the lights.

Room automation will be turned off and we will be able to control smart devices either manually or by another method. This state is useful when, for some reason, we want to temporarily interrupt the behavior of the intelligent system, in order to control it in another way.

Rooms that memorize our behavior to turn it into… comfort

The intelligent system will work in the background all the time and will “learn” what to do. Thus, each smart room will analyze our behavior with the help of data from sensors and smart devices, to give us all the comfort we need. There will be no need to intervene every time we want to set a certain temperature or turn on the light at a certain intensity, to arm the house or to raise the shutters in the morning.

Hubitat, as we are used to, is becoming more and more powerful with each update, and “Rooms” is what smart technology enthusiasts needed to really feel the comfort that this system has to offer.